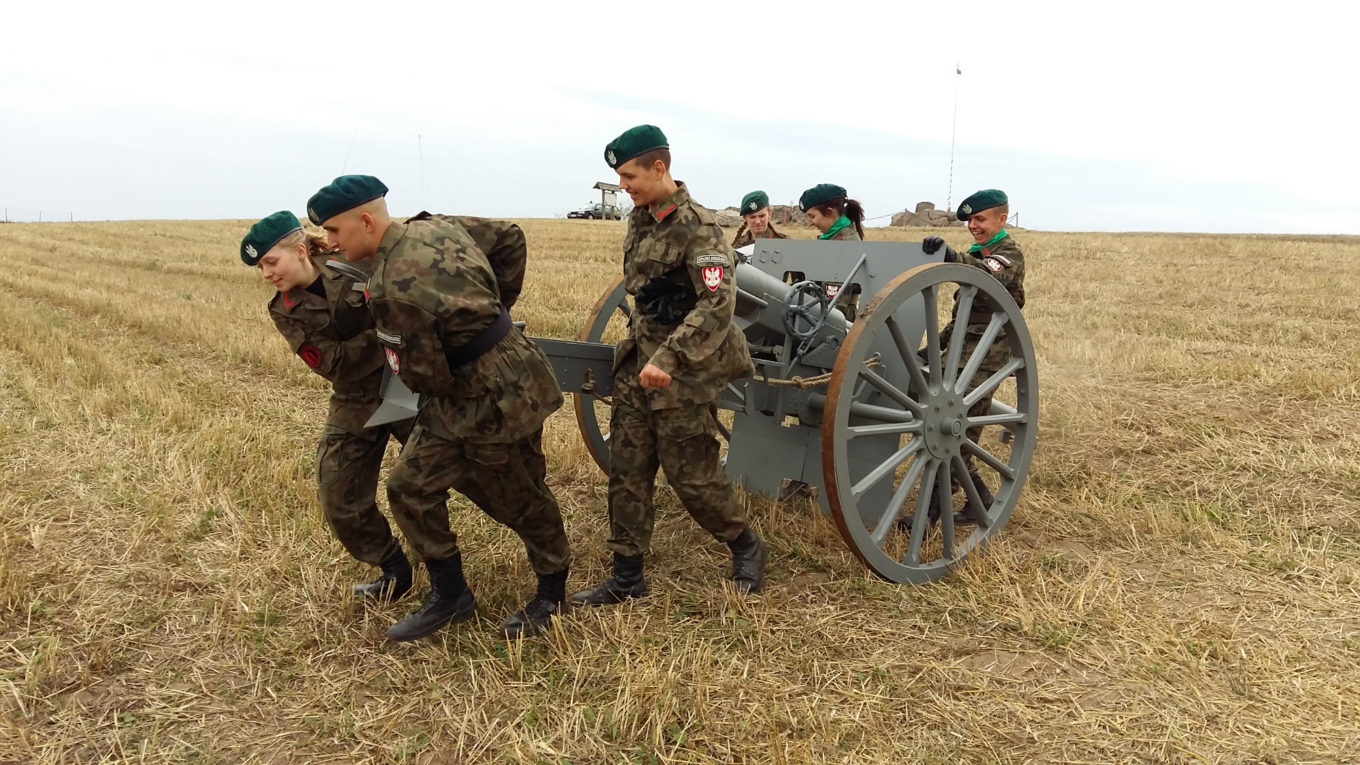 On September 12, 2015, we hosted a small exhibition at Wizna in Strękowa Góra, where we presented military equipment from World War II.

Wizna 1939. A line of Polish fortifications defending an important crossing over the Narew near Wizna began to be built in June 1939. Between Kołodziej in the north and Maliszew in the south stood 16 war shelters, including six heavy, which were the basis for the defense of the Wizna section.

From September 7 to 10, 1939, 720 Polish defenders fought hard over 42,000 attacking Germans. Defense commander, Captain Władysław Raginis, not loyal to his promise, did not lay down his arms. After giving the crew an order to stop fighting, he committed suicide in a shelter on a hill above the village of Góra Strękowa.

After the war the shelters were blown up. Currently, you can see their ruins, it is an interesting attraction not only for military enthusiasts. By the road number 64 in Góra Strękowa there is a plaque dedicated to the memory of Capt. Raginisa. In September of each year scouts take place at the shelter of the September 1939 Scouts Gold Memory.

Inside the ruins of the shelter on Góra Strękowa in 2011 a grave was arranged in which the found and exhumed remains of the captain (posthumously promoted to major in 2012) were buried, Władysław Raginis and his deputy lieutenant Stanisław Brykalski.