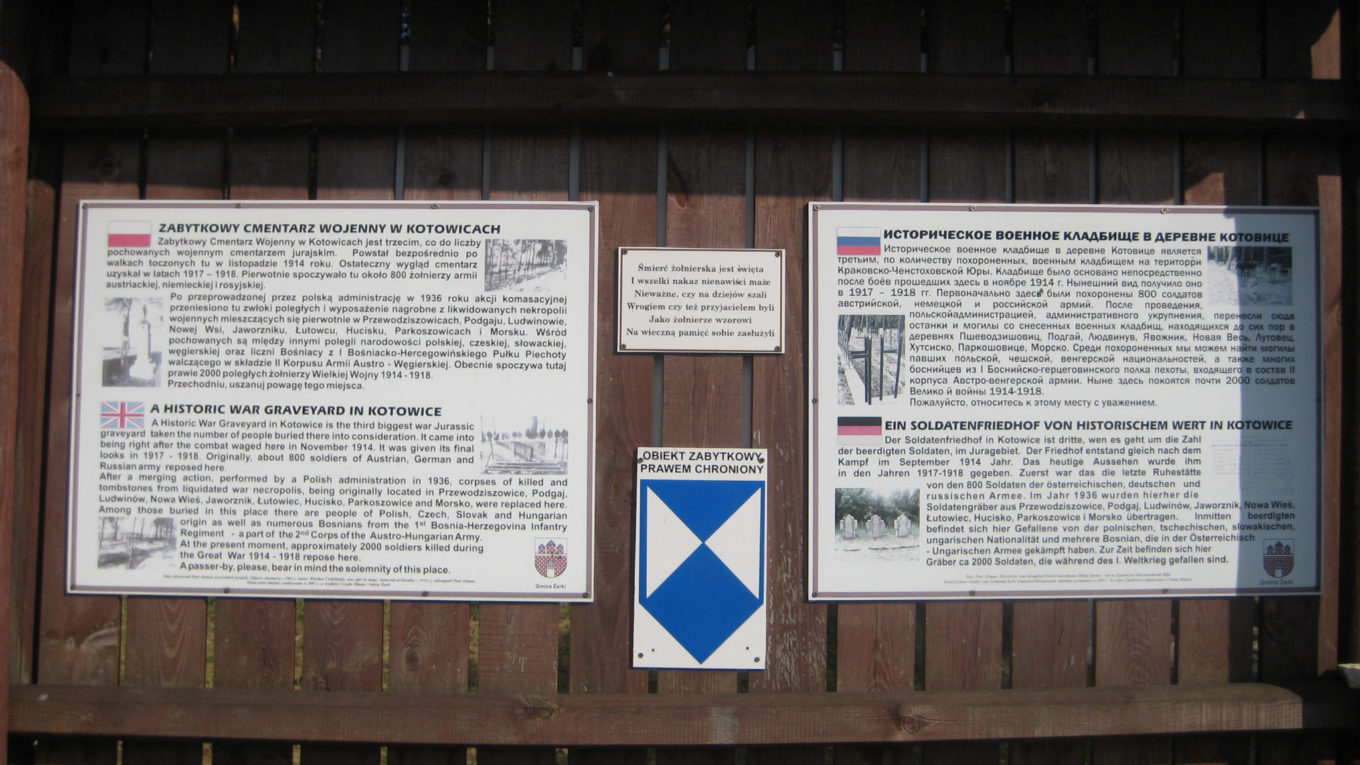 Historic military cemetery in Kotowice came into being after the battles in November, 1914. At the beginning 800 soldiers from Austrian, German and Russian troops were buried here.

After the enclosure in 1936, more corpses were brought here from other cemeteries, which were eliminated. Among buried there were Polish, Czech, Hungarian and Bosnian soldiers. Nowadays there are almost 2000 buried soldiers who were fighting from 1914 to 1918. All visitors should respect this place. The cemetery is located near the road no. 793 in Silesian Voivodeship.