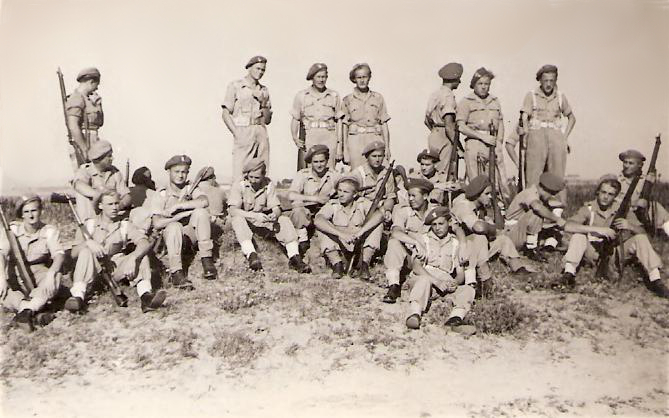 Józef Kiszka was born on December 22, 1922, in the village of Doliniany. Just before the war, he and his family moved to the Żuków parcel near Zolochiv. They stayed in the new place for six months.

After the invasion of the Soviet Union and the seizure of eastern Poland on February 10, 1940. he was exiled with his family to Siberia.

He worked in exile like adult family members – felling trees in the woods. Then he became a baker, thanks to which the family suffered less from hunger than other exiles.

His exile lasted more or less until the creation of the Polish army in the Soviet Union (until the end of August 1941). Volunteers from the so-called collective farms. In this way Józef Kiszka joined the army. Then Józef Kiszka left his family to never see her again.

Conditions in the camps for creating Polish divisions were shameful. Already in February 1942, the health of soldiers began to deteriorate. Soldiers mainly suffered from typhus or gastrointestinal diseases. Mortality in relation to the number of patients was also high, amounting to 17.5%. Everything was missing: the necessary tools, dressings, means of transport, underwear, medicine, as well as water and equipment. Since the divisions did not receive armament, classes were limited to pedestrian drill.

The documents show that Józef Kiszka was incorporated into the Polish Armed Forces on March 11, 1942.

On March 18, 1942, General Anders agreed with Stalin that over 40,000 would remain in the USSR. soldiers, the rest will be transferred by land and rail to the Middle East. Anders issued the order on March 23, 1942.

The so-called. And the evacuation of the army lasted from March 24 to April 4. People were transported by sea from Krasnowodzk in Turkmenistan (where the Evacuation Base of the Polish Armed Forces was created) to Pahlawi in Persia.

Then she left the USSR, among others 10th Infantry Division. She left Ługowaja on 25/03/1942 and on 31/03/1942 she embarked in Krasnowodzko (now Turkmenbashi in Turkmenistan) on the ship “Agamala Ogły”. On April 1, she arrived at the port of Pahlevi (now Bandar-e Anzali a city on the Caspian Sea in Iran), in Persia. On April 13, after regaining strength, the soldiers went further – to Palestine.

On May 3, in Quastina, Palestine, from the merger of the 9th and 10th Infantry Division arriving from the USSR with the Independent Carpathian Rifle Brigade, a new division was created, which on 9.05.1942 received the name of the 3rd Carpathian Rifle Division under the command of General Kopański, then Major General Bronisław Ducha . Józef Kiszka found himself there.

On September 12, 1942, General Sikorski approved the creation of the Polish Army in the East under the command of General Anders, abolishing all existing names.

Soldiers who are already in Persia after arriving from the USSR first came to Iraq. At the same time, from Palestine, overland transport of troops of the 3rd Carpathian Infantry Division through Transjordania and Syria to Iraq and by sea via the Suez Canal to Basra began.

The place designated for Poles by the British command became the Khanaqin – Qizil Ribat area located in the Tigris River basin in a stony desert about 140 kilometers north-east of Baghdad.

Józef Kiszka served in the 3rd Carpathian Battalion (Boon) CKM. The documents show that the commander was until July 4, 1943, Lt. Col. Dipl. Tadeusz Skinder, and then according to the documentation I have, Lt. Col. Miedzwiedz.

3rd Division of the Carpathian Riflemen

In the plans of the British, the Quiyara garrison was given the task of protecting the oil fields in northern Iraq near Kirkuk.

When the heat ended in November and the rainy season arrived, the units began their usual activities.

The weather conditions were very hard. Due to the constantly falling rains, the tents had to be deeply dug into the ground. Low temperatures forced the soldiers to make oil stoves themselves.

Until the purchase of kerosene lamps, there was not even lighting tents, not to mention that water had to be brought. The winter period of the 3rd Carpathian Rifle Division spent training.

The command of the NCO School at the Carpathian Boon CKM under the command of lieutenant Antoni Więckowski was located in Qaiyarah.

One thought on “Józef Kiszka”