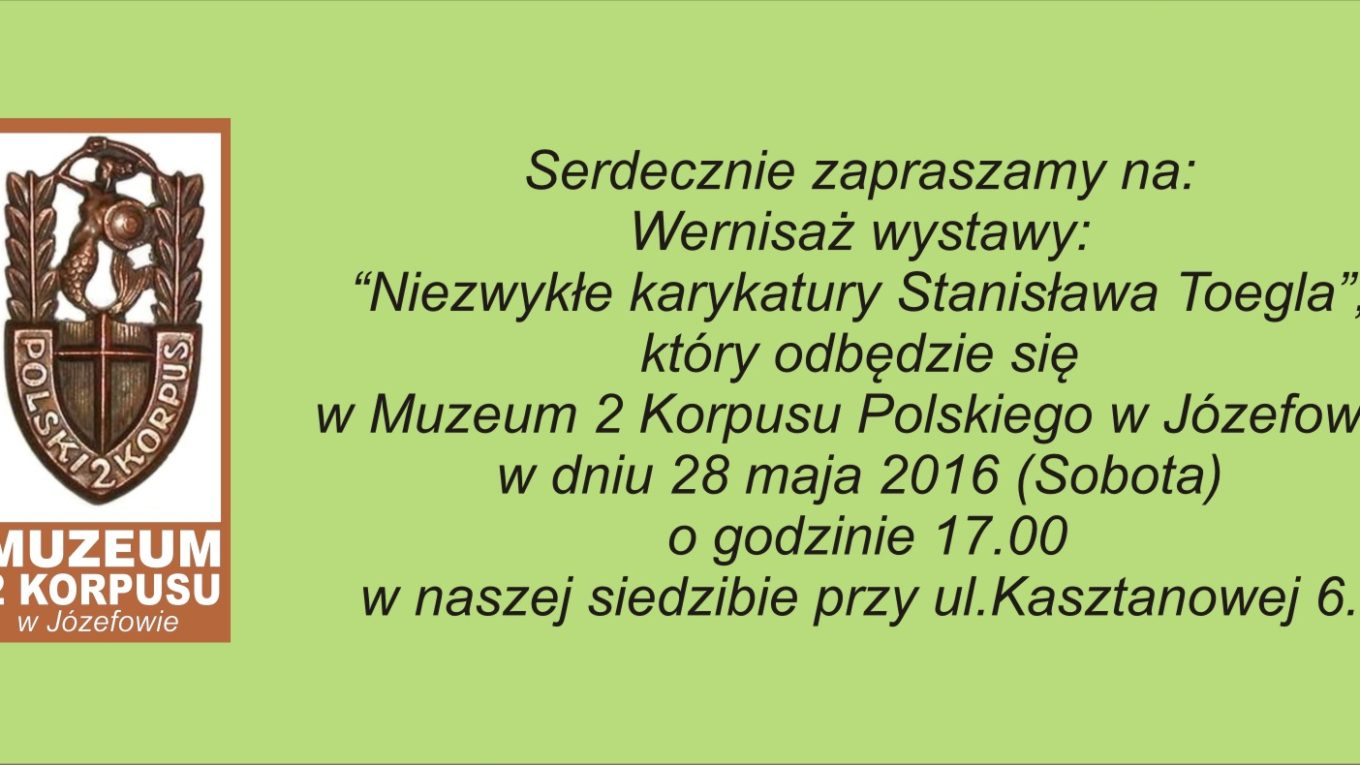 Stanisław Toegel was born in 1905 in Jaworów near Lviv. Although he was a lawyer by education, his passion was drawing. In a short time he came to the championship in drawing caricatures. In the 1920s and 1930s, he collaborated with Lviv newspapers and publishing houses. The first – “Album of political caricatures” – was published in Lviv in 1932. In 1939 he participated in the September campaign. He escaped from German captivity and was hiding in Warsaw. He was a soldier of the Home Army, he worked as a cartoonist with the underground press, where he effectively used his talent in the fight against the enemy. After the capitulation of the Warsaw Uprising he got to the POW camp in Göttingen, where he worked as a laborer in a paper factory. After the British liberation, Toegel ended up in a displaced persons camp in Osnabrueck, where, having obtained the status of a former Polish prisoner of war, he was involved in educational and educational activities (including a camp newspaper). While still in the camp, he created an unusual series of caricatures of “Hitlerjad Macabra” after the liberation of the camp, the next series of his works was released in the form of albums. In 1948 Stanisław Toegel returned to Poland and settled in Wrocław, soon he moved to Bytom, where he died in 1953.