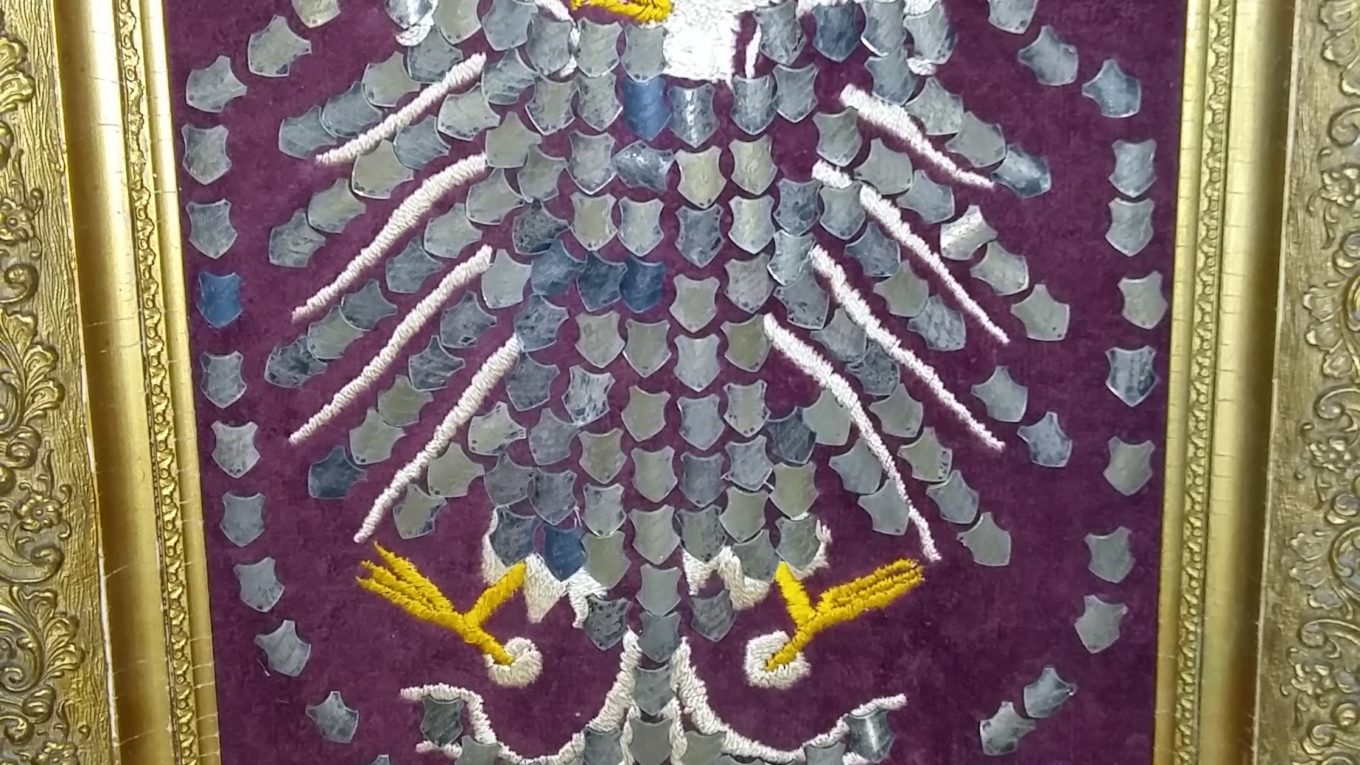 An unusual exhibit has been brought to the Museum of the 2nd Polish Corps. It is an embroidered eagle in a wooden frame, filled with 200 silver plaques with engraving (so-called banner nails of donors from 1918-1938). The eagle comes from the home of General Władysław Anders from the town of Równe (Kresy). The general, anticipating military operations in 1939, asked his hostess to keep this precious souvenir. Until 1973, the eagle was hidden in Lviv, then smuggled to Poland by this lady’s sister and hidden in Bytom in the basement behind the wardrobe.

Signatures on silver “nails” are especially valuable historical evidence: the President of Lviv, the General Staff of the POW, borderland organizations, landowners and private persons known for their patriotic activities.

It is a real state and soldier’s relic and amazing material for historical research. Thank you Dworkiewicz for keeping and handing this souvenir to our Museum.