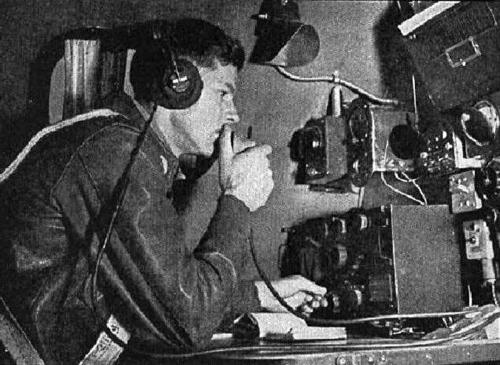 After a long search, she came to the Museum of the 2nd Polish Corps in Józefów
American radio station type BC-348 manufactured in 1942 – used on
on board Liberator aircraft during the 2nd World War.
The latest monument, and with it the microphones and meters are in perfect condition,
there is a great chance that specialists will restore it to operation. He was
is the most important and hard to find element that completed the set
transceiver radio aircraft operator. Exactly the same set flew
in Liberator (KG-939 – 31 SAAF Squadron), which crashed in Józefów
forest (Góra Lotnika) on August 14, 1944 after discharges for insurgents in
In Warsaw. Currently, the set presented in the Museum includes:
BC-348 receiver, BC-191 transmitter, T-17 microphones, P-18 headphones, filter
F-19, BC-221 frequency meters, LS-3 speaker, folding chair
US-Army and a unique portable field case. Reliable sets of this type
radio were used extensively by Allied troops including the Polish Forces
Armed in the West during World War II, then copied
by the Soviet Union. While visiting the Museum you can listen
archival recordings, allied airman messages and speeches that are
played from the original war speaker of the radio.

The pictures show a radio set from the 2nd Corps Museum, for comparison
we also placed photos of the arrangement of radio equipment in the interior
the hull of the original Liberator.