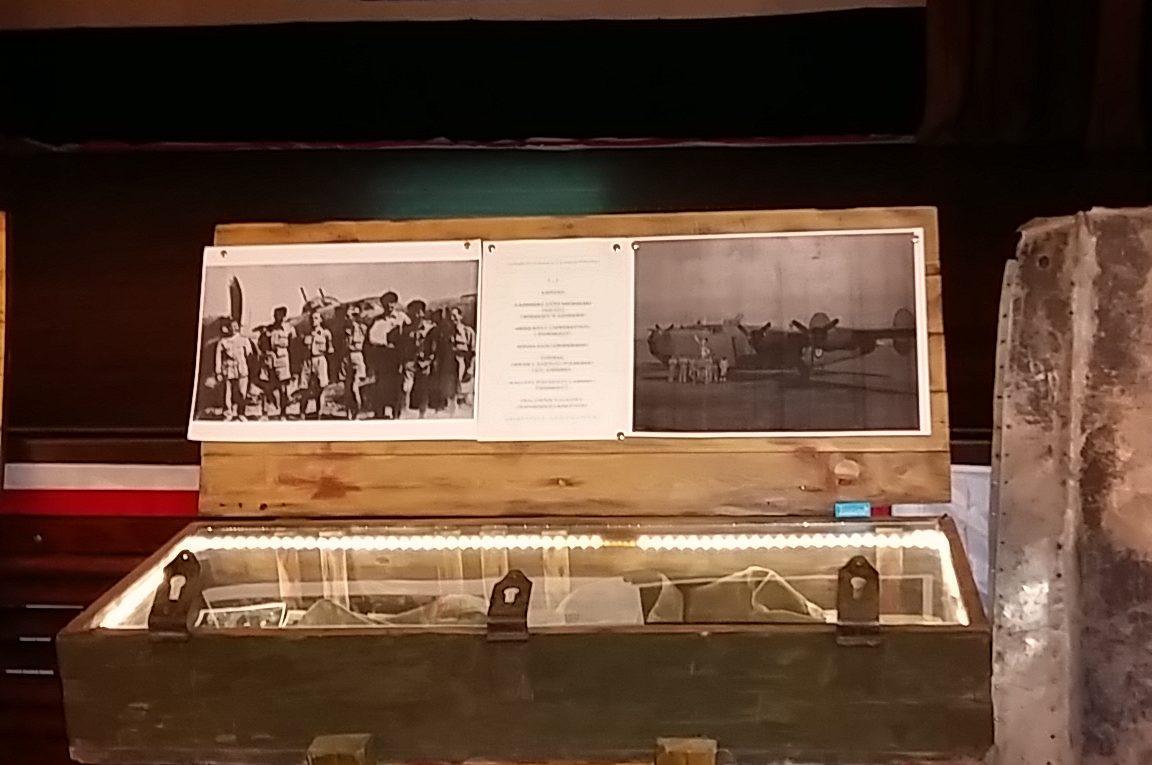 On October 2, 2015, at the Municipal Cultural Center in Józefów, a historical meeting was held devoted to the Allied “Flights over Warsaw” to help the Warsaw Uprising. Mr. Paweł Sulich gave a paper on this subject. Our Museum presented a number of unique memorabilia from the 1939-45 occupation transferred by the inhabitants of Józefów (including correspondence from KL Auschwitz), as well as elements of the Liberator KG939 aircraft that crashed on the hill in Michalin. We also exhibited the original flight suit from 1944, together with a pilot and transmitter, an analogous type of which was used on the aircraft of the 31st SAAF Squadron. (We are trying to buy a parachute and an oxygen mask abroad). The evening ended with reciting poems and singing insurgent songs.